What Makes Olympic Star Jenny Jones A Model Of Excellence?

BRISTOL snowboard champion Jenny Jones has become the first Brit to win a medal in the Winter Olympics.

The 33-year-old bronze medal winner has made history and been dubbed the British Snow Queen.

Each time I’ve met Jenny, whether it’s in the snowboard camps of the French Alps, or in our shared home town of Bristol I have noticed certain strengths which I believe have contributed to her success.

Could you learn from these strengths to develop your own excellence?

Jenny’s playfulness is one of the characteristics which most stands out in my mind.

Playfulness is an often overlooked quality for personal performance, yet it has massive benefits. Anyone who has read The Golden Rules of Peak Performance will know that one of the keys to sustainable success is ‘Love What You Do’.

You may think it’s easy when it comes to a fun sport such as snowboarding. However, competitive snowboarders suffer from stress, anxiety, frustrations and setbacks. They also experience repeated pain and injury from quite literally falling on their ass. This can cause a fear of injury, which in itself hamstrings performance.

Being playful drives creativity, exploration and learning through trial and error. When we play we are highly resourceful and physically and emotional more robust.

It seems to me that playfulness is a quality which has served Jenny very well.

2. Dedication to the Cause

Jenny has been competing in snowboarding for more than a decade and earnt a reputation for working harder than most. She’s put in the hours, done the mileage, taken the falls and got up to do it again and again.There’s no getting away from it. As Thomas Edison put it “Genius is one percent inspiration and ninety-nine percent perspiration.”

Or as Tony Robbins says “Repetition is the mother of all skill”. In the world of martial arts, repetition is among the methods used to develop ‘mushin‘ – a state of ‘non-thinking action’. This develops the ability to react instinctively to your environment. Instinct is quicker and often more reliable than thinking.

That said repetition of poor technique reinforces bad habits. Finding methods to train your body and mind to intuitively deliver the form you want is where it is at.

Jenny is queen of huge adrenalin-pumping snowboarding jumps, yet exudes an inner calm. Calmness often enables focus and clarity of mind, which in turn supports confidence and self-belief.

Inner calm provides the conditions for sharp focus, powerful visualisation and maximum awareness through the senses. It also aids strategic decision making, which is vital to reach the top of your game.

4. Massive Support for Others

Watching the Olympics, many people have commented on the tremendous support between snowboard competitors. Jenny is foremost in this support for others, which seems to come from her deep empathy and compassion. People matter. 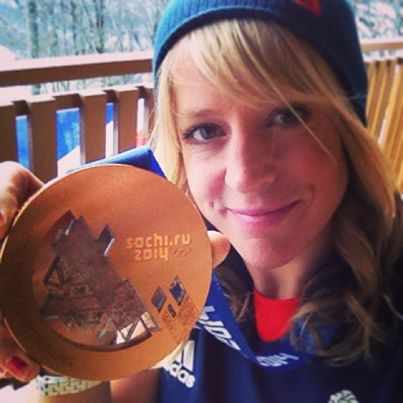 This attitude of support for others fosters trust, collaboration and good will. A genuine wish to see others succeed brings enjoyment and creates richer connections with other people.

Even though Jenny has achieved great things, people want to support her because of who she is, rather than what she has or could achieve.

You can show your support for Jenny here:- www.facebook.com/jennyjonessnowboarder

There are times in every professional’s life where the presenting opportunity (or crisis) demands the clearest of thinking, untapped resourcefulness and the most trustworthy guidance …